The good weather prevails, with maximum temperatures of 30 degrees in Malaga

As from tomorrow, the forecast in the interior shows an increase of up to eight degrees, although the east wind will reduce the heat in Malaga city and on the coast

The time for a change of wardrobe has finally arrived after the heavy rain of these last few days. It’s finally time to dig out your summer clothes and put your winter clothes away. You can now start feeling the heat, but it’ll mainly be as from tomorrow when the thermometer will start to rise, up to the point that the forecast until the weekend shows a maximum rise from six to eight degrees, until reaching a temperature of 30 degrees. However, on the coast and in Malaga city it won’t be so hot, thanks to the east wind, and the temperatures will range from 25 to 28 degrees.

Malaga, Land of the Sun

If you have not decided yet where to go next holiday, perhaps Malaga on the Costa del Sol is the best option. In this city you’ll find everything: art, architecture, delicious food, nightlife, sun and beach, music and dance, nature and more. The Costa del Sol is one of the major tourist destinations in Spain, located on the shores of the Mediterranean Sea in the south of the Iberian Peninsula. 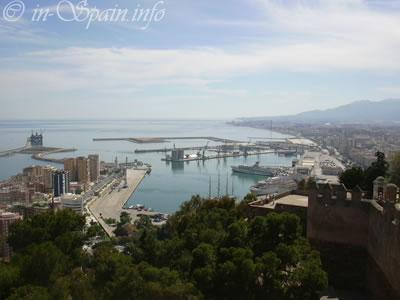 We can expect high temperatures for this weekend. Today the Costa del Sol and Malaga airport reached 36ºC. Clear sky and heat for those who are planning their visit this weekend, if you like the beach you will enjoy the temperatures.