The low cost airline Jet2.com will increase flights from British cities to Malaga on the Costa del Sol in winter 2013/14.

The flights from Malaga airport will depart on Tuesdays, Thursdays and Saturdays

As from the following 1st of April, the French airline Air France will begin to operate both routes from Seville and Malaga to Toulouse, an investment of the company in the Spanish market. There will be four flights a week from Seville and three from Malaga.

Iberia pilots call for a general strike in December

This way they protest against the creation of Iberia Express, which they consider to be the low cost airline of British Airways.

The Spanish Union of Airline Pilots in Iberia has confirmed that they will be going on strike in December to protest against the creation of Iberia Express, according to the Union’s manager, Justo Peral, in a meeting with the press…

The company, based in Malaga, will start to operate on the 22nd of November with a daily flight to Melilla

The Picasso Museum in Malaga last night turned into a runway for the takeoff of the Andalusian airline Helitt, that chose the famous art gallery for its official presentation. In a few days, on the 22nd of November to be precise, the company’s first commercial flight will depart from Malaga Airport, that will start off with its daily route (except Saturdays) Malaga – Melilla – Malaga, which will be followed by another three over the following weeks (Melilla – Barcelona – Melilla; Melilla – Madrid – Melilla and Barcelona – San Sebastian – Barcelona).

Based in Malaga, Helitt Airlines is born with the idea of reinventing the ‘low cost’, as insisted by its president, Abel Pizarro, who replies with an emphatic ‘NO’ when asked if its profile responds to the current low cost airline general profile: “Absolutely not. We differ in the treatment, the quality, the service onboard and the comfort of the seats, amongst other factors”, he affirmed. And all of this in spite of offering journeys from 25 Euros, in the case of the Malaga – Melilla route.

Thinking about buying a used car? Some rental car companies at Malaga airport, especially focusing on the tourism sector, have to get rid of the cars by the end of the summer season just because they are not profitable and become a liability (insurance, maintenance, etc.). That’s the right time to buy a car and when you can find the occasional bargain. 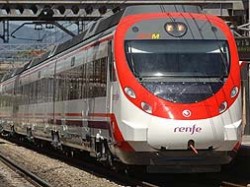 On Sunday those who decide to travel in between Malaga and Fuengirola on the commuter train (C-1) will witness a historical change and long-awaited by residents of the metropolitan area. As of September 11 there will be less waiting to board the next train, because the frequency will change from the current 30 minutes to 20 minutes.