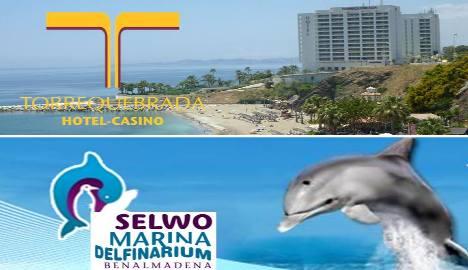 A small Amazon in Benalmadena Costa with Selwo Marina

Swimming with sea lions, meeting the dolphins up close or learning more about the penguins are just some of the activities than can be done in its facilities. Plus, due to its tenth anniversary they have prepared a full program with different new features and surprises in Selwo Marina. 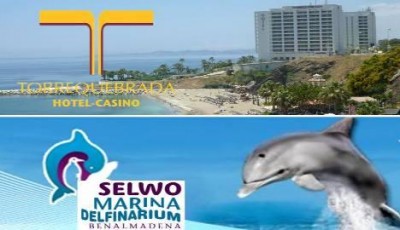 A family summer vacation on the Costa del Sol offers much more than sun and sea. Who wants to escape the daily grind and hang out with his loved ones in the reviving summer sun, will be in the right place in Malaga in southern Spain. The very friendly and cheerful manner of the locals also contributes significantly to the holiday mood. Historically interesting cities, white villages and the sparkling blue Mediterranean Sea – a summer vacation with family in Malaga is exciting and varied.

Benalmadena, amongst the most beautiful destinations on the Costa del Sol

Benalmadena is one of the most picturesque destinations on the Andalusian Costa del Sol. With a sunny and mild climate all year round, quite typical of the region, its beaches and parks seduce the summer visitors for a relaxing holiday. Benalmadena has three main areas: Benalmadena costa (the coast), Arroyo de la Miel and Benalmadena […] 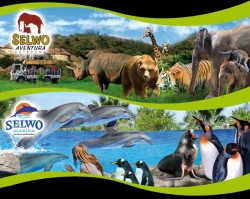 The park in Estepona has incorporated new species, amongst them are hippos and hyenas

This Friday the 24th of February is the start of the new 2012 season in Selwo Adventure, in Estepona, and Selwo Marina Dolphinarium, in Benalmadena, the leisure centre parks on the Costa del Sol. This year is very special for the Selwo Marina Dolphinarium as it celebrates its tenth anniversary and due to this, it’s preparing several proposals to celebrate such a special birthday during the the whole season. On the hand, Selwo Adventure will also be offering a few outstanding innovations that will bring the visitor closer to real African territories.